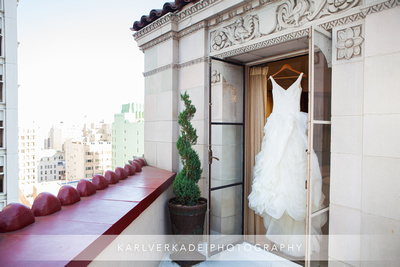 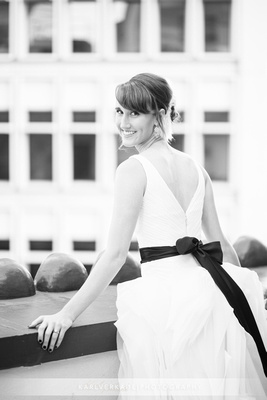 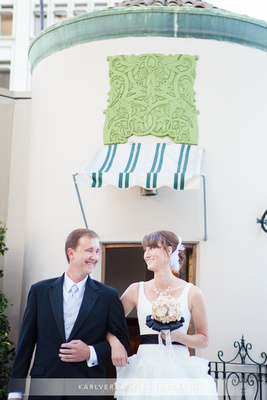 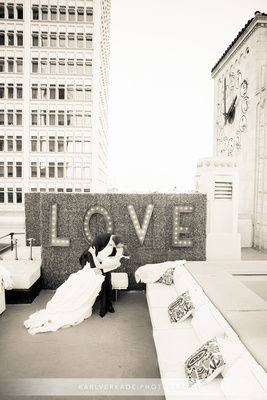 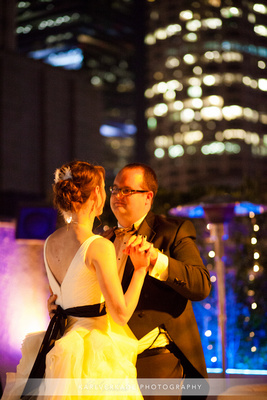 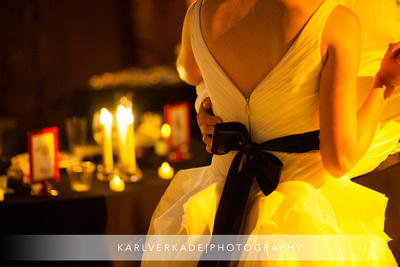 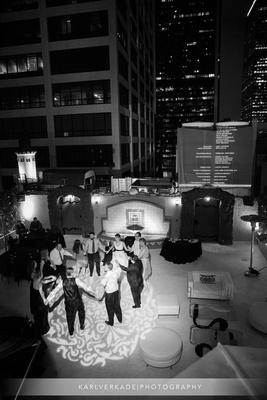 "OK... I'm going to try to keep this brief, but there are so many wonderful, splendid things to say about Karl it is going to make this tough! I found Karl originally via Craigslist because my husband and I were having a tiny wedding ceremony (us, our two witnesses, and our officiant)and wanted some photos, but it was difficult for us to afford a photographer (I support both of us on a teacher's salary lol). We also knew we were going to have our "big wedding" in June after the school year was over, so we were hoping to try someone out who would hopefully work out for our wedding in June as well. Karl was everything a bride and groom could ask for in a photographer.

He happily drove up to DTLA (where we live) to meet us, and we instantly loved him. He is laid back and relaxed, and yet is professional and makes you feel confident in choosing him as your photographer. He and his wife shot our small wedding that was on the bluffs over-looking Santa Monica beach, and then followed us down to the beach to take more pictures. They were so happy to do anything we wanted, and they also had a lot of great suggestions. When we were done we invited them to have dinner with us and then they informed us Karl's wife was pregnant and they had just found out that day due to the morning sickness she had! We were so happy for them and also asked them why the heck they still came lol! When we got our pictures from Karl we were blown away. He and his wife captured our marriage so perfectly, and we came away from the day with many, many beautiful pictures to print and send along to our family. We obviously immediately booked Karl for our "big wedding" in June, and of course our wedding was almost exactly 9 months later, but Karl was still happy to book it (although his wife was obviously going to have to sit it out :P).

Karl came to the wedding with a different second shooter, and also brought another photographer in case his wife went into labor, because at the point of our wedding she was 2 weeks overdue! I could not believe how dedicated Karl was to fulfilling his promises, and I told him that while I loved having him there, I hoped he had to leave in the middle of the wedding to go see his son's birth! Karl ended up being there the whole night, but he was so amazing at blending into the background and just shooting away. I barely noticed he was there until he came up to me at the end of the night when everything was over to say goodbye. Karl is just absolutely splendid and you will be overjoyed that you booked him! He sent us a sneak peek of our wedding night about a week after to help hold us over until everything was done and I was already tearing up at the moments he captured. Karl and his wife have since had their baby come along, so I'll obviously be waiting a little longer to get my photos (which is completely understandable!), but I cannot wait. Karl is wonderful, his wife was wonderful, and they were not just photographers for us, but an important and wonderful part of our special days. Karl is hands down the best choice for your wedding day!"